This day was: my first day of my last semester of undergrad, the little girl I nanny turned 2 years old and in all of the this, the moon started  to cover the sun at 10:32 am for a solar eclipse.

I played hookie from school because one of my teachers canceled class and why would I miss this incredible bucket list event!!! The totality path went through Wyoming which is only 1.5 hours away from Fort Collins, CO. My boyfriend and I wanted to head to Wyoming but we were last minute eclipse planners so everything was booked…

ALSO; the news was warning everyone about the traffic heading to Wyoming all weekend. The broadcast even told everyone to bring their own food and gas because they were expecting 600,000 people in this state!!

Ben and I decided NOT to go there because of how insane it sounded. We went up to Cameron’s Pass which was about 10,000 ft> elevation. We hiked in a bit and hung up the hammock to sit and watch the eclipse. The sun was surrounded by the crystal blue sky with not a single cloud in site — it was very HOT before it started!!

Like I said before, we were last minute eclipse planners so we weren’t able to get any of the certified glasses that were being sold everywhere. We had to get creative. I heard that the glasses were a #14 in covering the brightness so I ran to an outdoor store to get a WELDING MASK!! I went the Saturday before the eclipse and there was only 1 left. I had to get even more creative but thankfully the guy I asked helped me out. He told me I had to get glass at a #5 and then a welding lens at #10. The mask was a #10 but with sunglasses on or putting the other #10 lens on top you were able to see the solar eclipse PERFECTLY!

So like I said, it was hot when we first sat there waiting for the eclipse to start. There is a new law in Colorado that women are allowed to be topless in public… Being in the woods, hot eclipse sun, I decided to partake in the freeing of toplessness as did my boyfriend.

I tried to put the #10 lens over my phone and I still could not capture the eclipse’s glory!! It was just a big green blob that looked like the sun still.

Since we were up at 10,000 feet and the sun was getting covered up by the moon, we started to get cold. Ben got all snuggled with his jacket and I put his vest on.

At the peak of the eclipse we were starring up at the sun and Ben heard something behind him rustle in the wilderness. I said “oh its nothing” and kept enjoying the eclipse…. But then I looked behind Ben and saw a MOOSE BUTT walk deeper into the woods. I told him, he turned to look at it… And the verdict was…

PACK UP EVERYTHING LETS GET OUT OF HERE!!!

We scurried FAST, I grabbed the bag, shoes, jackets while Ben took the hammock down. My heart was beating the fastest its ever been with adrenaline threw my veins, I didn’t want to look back. I felt myself just saying little prayers to keep the moose away from us and to keep us safe. We made it to the trail head and I could breath again… kind of. We both chuckled and sat by my car in two camping chairs to catch the end of the 97% totality we could see.

We didn’t stay much longer after that and realized that 100% totality would of been epic. Maybe the 6 hour car ride back from Wyoming instead of 2 hour would been worth it but, we were very happy with our morning experience and energy high.

Before we left Cameron’s Pass, we noticed that we dropped something and didn’t have it in the bag. SOoo… we walked back to our spot and there were actually TWO MOOSE’ were we had our hammock set up and they were bull moose’, males, with HUGE racks only about 20 feet away.

Ben and I headed back to town, stopped for lunch in the canyon at Glen Echo and had a wonderful afternoon.

The eclipse was a powerful moment on our planet – it doesn’t happen often. On this eclipse day, the moon was a new moon – a new moon is when the sun and the moon are aligned in the same zodiac sign (which happens to be Uranus the planet of unpredictability) and is charged with the concentrated energies of that particular sign. Since it was aligned during the eclipse and is aligned as a new moon… it’s crazy high vibes because the sun and moon were DOUBLE aligned making it MORE powerful, incredible energy!

A new moon is also symbolic point of attention – a symbolic portal for new beginnings! It is a great time to set intentions for things; from creating, developing, cultivating and to manifest something new!! Ben and I did a little eclipse ritual for this later in the day because why not take advantage of these powerful energies happening! We wrote down things to let go as the eclipse came and left us & then wrote down things we want or manifest as it’s a new moon for new beginnings. We burned them as it felt good to see them disappear into the flames and turn into ash.

At that moment, I reflected on my eclipse day, and I had to also look up the meaning of a moose since we so strongly encountered one this special high vibe day….

Moose is a symbol of being headstrong, longevity, wisdom, confidence, self-esteem, primal feminine energy and steadfastness. They are fearless and resolute, making their presence known when they decide. These traits teach us the power of presence & invisibility. 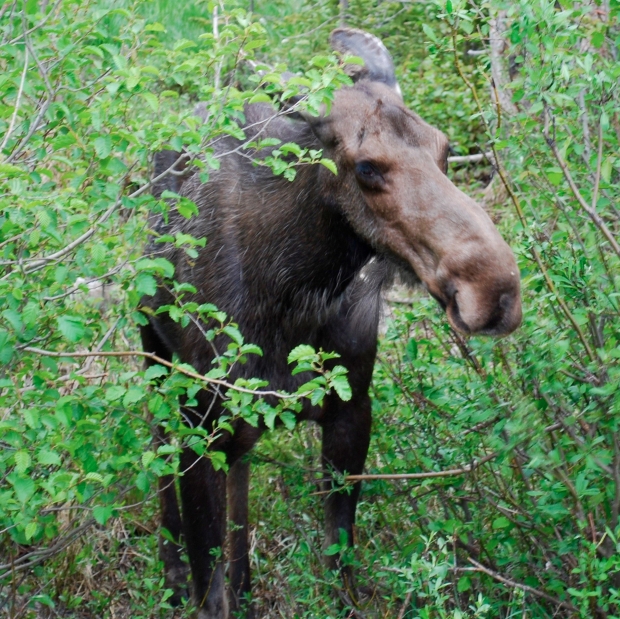 There is way more to digest about the moose and you can look at it here!

It is important to take advantage of the stars and the moon phases. Our souls come from the universe and listening to the stars / the planets could actually help guide you in this lifetime you are in!! We can work with the energy or work against it. Its all perspective, but life is more fun and magical when you think positively and notice the signs / the reoccurrences that help you move to the person you want to be!

Just step back and become more aware, its actually quite fun 🙂

I hope everyone had an eventful, magical, high energy, eclipse Monday & I hope that has resinated during your whole week, I know it has for me!!

Keep a look out for my #100DaysOfArt I will be starting in September! It’ll be posted everyday on my Instagram and I will be making a section on my website as well that I will be uploaded about every 10 days.

I LOVE to travel and experience new things in our world. I believe we learn through experience & reading! Check out all the adventures I have done since 2014. Remember to always look up and to follow your gut.
Love & Light