This has been a crazy month.

The month of October is already over and I cannot believe it. It has come and gone. School has been kicking my butt with graduation around the corner. I have been enjoying my last year in my painting class.

This piece is a work in progress (WIP). It is my biggest piece to date. I will be working on this until the last day of class adding layers until I feel balanced and harmonious. 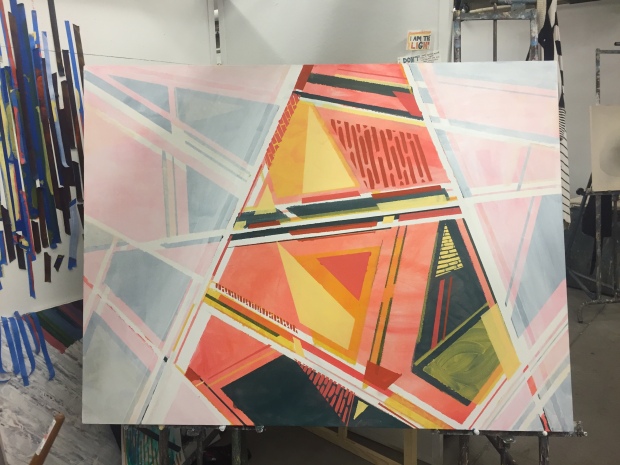 This month has been ALL travel, a lot of school and not too much down time (unless you count traveling :-P)

The first weekend I drove to Chicago, IL for the first time! It was a long drive over about 5 days — 14 hours and 20 mins to be exact!!!!!! I was headed there with my boyfriend to pick up his new car that his mom was giving him. It was a lovely trip 🙂

I got to see where he grew up, his home town, his house, his friend’s houses, his high school, his little kid embarrassing pictures, meet his sister & her husband, their dog Sophie – who was the most adorable thing I have ever seen!!! That was all in a little hip town an hour outside of Chicago called, Glen Ellen.

We then had a whole day planned in the city of CHICAGO! I have never been but heard great, great things about it. Unfortunately, it was the day of the Chicago Marathon so the city was a bit crazier then usual – it didn’t phase our plans.

We got off the train to head to the BEAN. Ben and I had to actually RUN THREW the marathon to get to where we were going. Even the security just told us to run across carefully! It was early with no coffee in our system so we stopped before the Bean.

I kid you not – I have the best Pumpkin Latte EVER in my LIFE!

They marketed it that it had real pumpkin in it. They weren’t kidding. It was real and it was the BEST ❤ 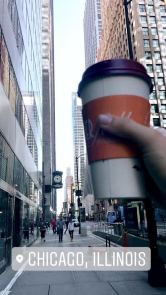 Then the adventure tackling Chicago could begin since we had our coffee. We went to the Bean, the public art of the fountains then we headed to the Aquarium which was super interesting. And there were people EVERYWHERE since the marathon was on this day. We were able to hit the Chicago Art Museum as well which I had my mind BLOWN away. I have seen old art before in Rome and was astonished but I have never seen a Andy Warhol or a Monet or Linchenstien or even Judd and Rothko — I could keep going. I learned all of these in undergrad and seeing them in real life was incredible. 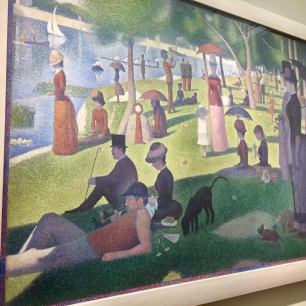 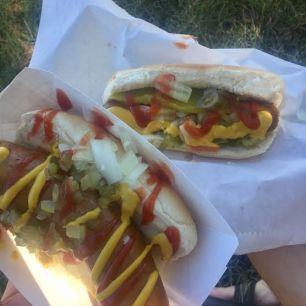 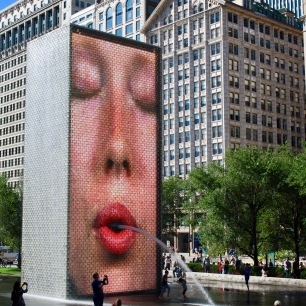 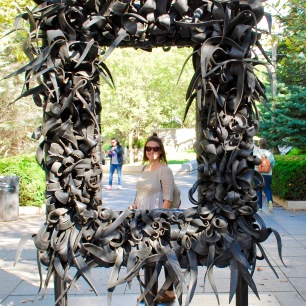 After walking for HOURS – we checked into our fancy, OLD, hotel, The Congress. We were on the 12th floor and it was incredible view to see the lakes and the city from this high! The lobby was fancy and I spent a decent amount on the room for the night. There definitely were a couple things that went wrong & would not go back.

We were celebrating our one year together and that is why we went a little out for our hotel room although it did not benefit the experience. BUT we did have a fabulous tapas dinner that was a 3 minute walk from our hotel and then got ice cream a little farther down at Kilwin’s. 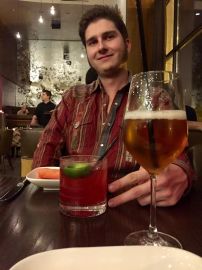 The next day we had to head back to Glen Ellen and hit to the road back to Colorado. Were able to stop at a farm stand to get some all essentials on the way out! It was a great trip with very little fighting & mostly great memories being made. Ben and I have a great relationship where we know how to have conversations to work things out & always say what is on our mind. I love him 🙂 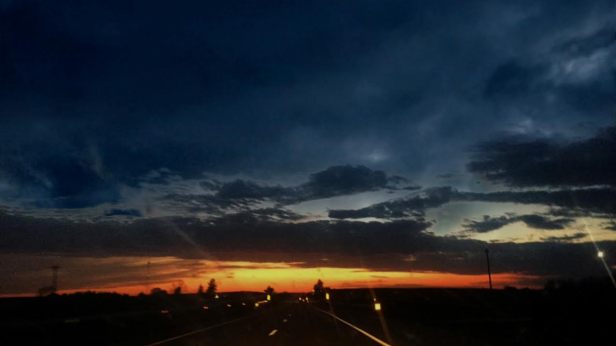 Here are all the words we came up with for our trip! What we saw, what we experienced, anything that came to mind + some sketches of course! — I may start doing this more often 🙂 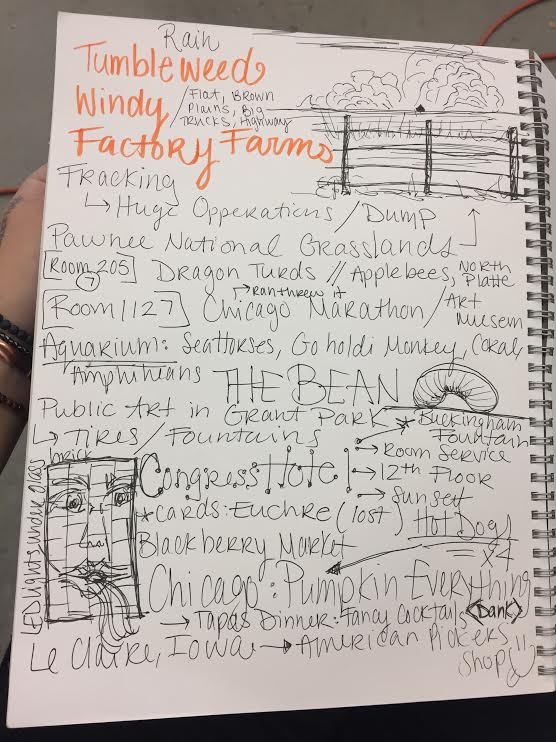 I went to LAS VEGAS to see my favorite music group ODESZA for the second time this year. Hannah, Makaley and I all had this great idea to surprise her boyfriend with plane tickets and concert tickets!! I was all in since it involved ODESZA. 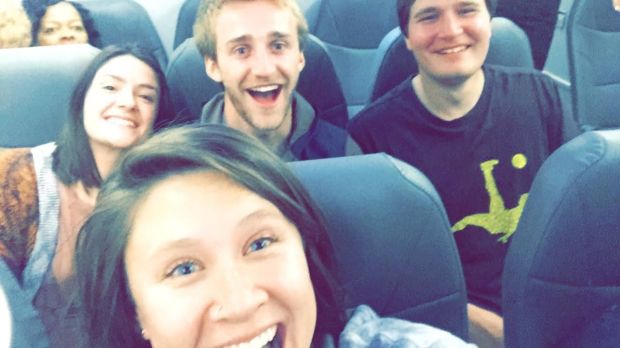 It was a great time. We all flew together and landed in Vegas at 11pm. We were able to stay at Hannah’s aunt house and not spend anymore money on the trip for a room. We rested up for a crazy concert day. 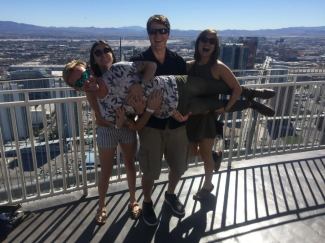 We headed to the Stratosphere where we rode all three rides at the very top – 109 stories!! It was a lot of fun. Then of course had to hit up In-And-Out for a great lunch. We walked some more and went to Freemont Street to check out the venue – it looked sick. Got ready and headed to the concert!!!!!! Not once did I think about any shooting – I was just stoked to be there with my friends and to have a great night. Before ODESZA went on, Hannah, Tanner and I were able to get a picture with NAOMI WILDER who sings High Ground on their new CD. 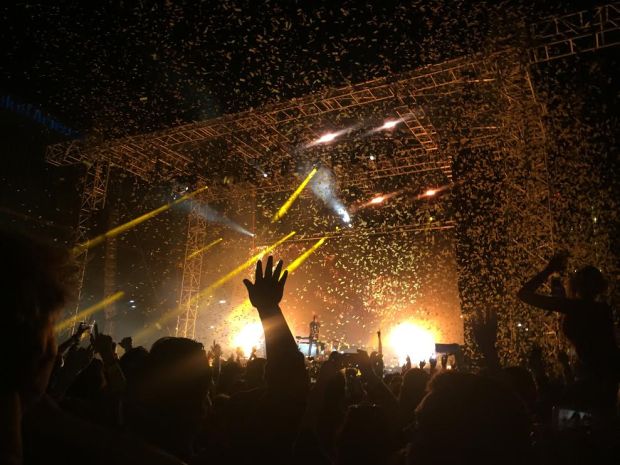 Stayed up almost all night – lost about $150 on the tables – but was all worth it. The next morning we decided to get the most expensive brunch ever but it was a BUFFET at CAESAR’S PALACE. It was amaaazzzzzzinggg. There was every kind of food you could of imaged — galato, crab legs, pizza, gourmet desserts, soups, Asian cuisine, crab avocado toast, eggs, bacon, EVERYTHING!! After we stuffed our faces – we headed to see the fountain show out front of the Bellagio and then went home to take a nap. 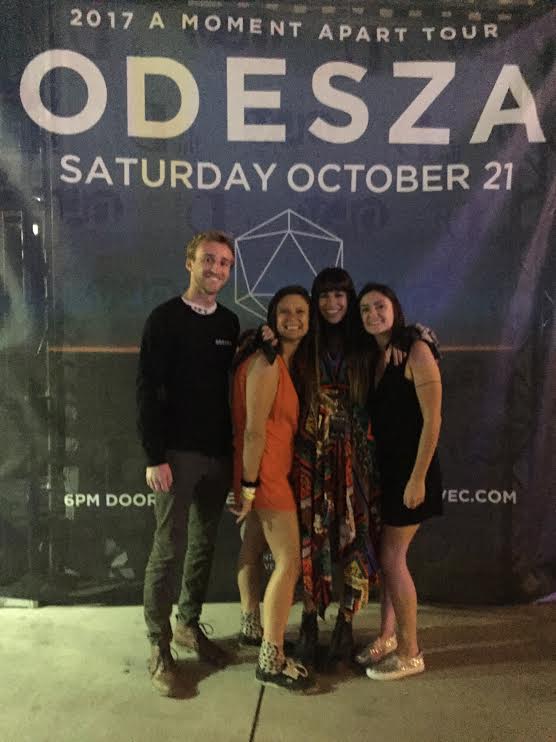 We decided to get a plane home at 1am Monday so we had a full day Sunday to see Vegas. We were lucky to have Hannah’s cousin show us around the strip more at night. I loved how the hotels had shows out front of them – the Mirage had a fire show! We went into the Venetian to see the water – just everything pretty much over the top in Vegas. I had my first White Castle experience on the strip as well. We headed back to the airport for our long trip back to CO during the early hours of Monday. 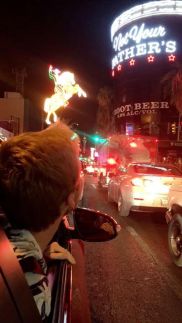 LOTS OF FIRST IN OCTOBER !

Unfortunately, before I left for Vegas a student from the Art Program at CSU died. I didn’t get the chance to be friends with her but I encountered her a couple times as we exchanged smiles. She was good friends with someone in my painting class and I could only feel for him. She will be forever missed but never forgotten. It hit my department hard but life must go on

— just if you are reading this, send Savannah McNealy’s family and friends light & love ❤

One thought on “October”

I LOVE to travel and experience new things in our world. I believe we learn through experience & reading! Check out all the adventures I have done since 2014. Remember to always look up and to follow your gut.
Love & Light